by SierraLea
Okay, so a couple years ago polls were going crazy here and One of the ones I loved the most on this site was the poll for prettiest Anime girl. That was kinda biased by me, in favor of my favorite characters, but I did my research this time, I promise! Even so, I'm sure I didn't get everyone's favorite cpouple, but I really, really tried.

Anyway, I'll offer up a list of couples and we'll see who this board thinks is the cutest couple. Note: unhealthy relationships will be excluded from the voting.

by Mouse2010
This was seriously difficult. I haven't seen all of these animes, but some of my very favorite couples are on the list. But I like them for different reasons. I loved how well Kirito and Asuna worked together as a team, for example. And the Princess Tutu example would probably win an award for my favorite unexpected pairing.

But I decided that if the word is "cutest," then Isaac and Miria had to win, because they are so adorably stupid.

Also, Yuki x Tohru 4 eva. None of this Kyo business.

Also, Yuki x Tohru 4 eva. None of this Kyo business.

Sorry, I've never heard of the first couple, even with my research. Plus, I felt that if I put any Fruits Basket pairing in this it would spawn a huge argument similar to the Edward vs. Jacob debate.

by Davidizer13
Domon and Rain blow up a gigantic abomination with the power of their love, so yeah, totes adorbzzz.

by shooraijin
Parn and Deedlit are from Record of Lodoss War (they made OAVs out of them).

You're probably right about Fruits Basket.

by SincerelyAnomymous
I love Asuna X Kirito, but my favorite would probably have to be Taiga and Ryuuji. I love how hot-headed Taiga gets whenever Ryuuji does something stupid in her eyes, but deep down she loves and admires him deeply! Plus, he's always putting up with her crazy shenanigans. 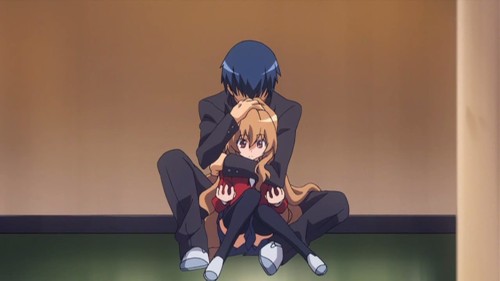 by SierraLea
It looks like we have five front-runners but no clear leads. Can I get a few more votes, please?

by John_Smith
I'd normally pick Kirito and Asuna, but since the Toradora couple are my second favorite, why not put them in the lead?

by ClaecElric4God
I don't like Lucy and Natsu as a couple...
All times are GMT-07:00
Page 1 of 1
Powered by phpBB® Forum Software © phpBB Group
https://www.phpbb.com/